None
Titano Oddfellow was a beard lifter act from Season 10 of America's Got Talent. He was eliminated in the audition round.

Titano Oddfellow is a world-record holder, title competitor and theatrical performer specializing in "Feats of Strength," not seen since The Golden Era of Circus Sideshow. Titano performs worldwide, and is available for a variety of projects and performances.

Titano Oddfellow's audition in Episode 1006 consisted of attempting to lift a woman with his beard and set a world record. Unfortunately, he was unable to accomplish the feat. Howard Stern, Heidi Klum, Mel B, and Howie Mandel all buzzed the act. All four judges voted "No," eliminating Titano from the competition. 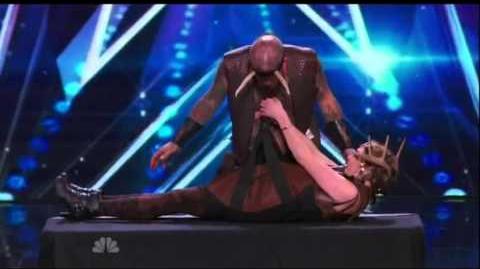