Tone Tha Chiefrocca, whose real name is Anthony Granger, is a songwriter and rapper from Inglewood, California. His little brother Colby, aka ColyCole, is his "hype man" who performs with him onstage. Together, they hope to have music's next No. 1 hit single with "B-Double-O-T-Y." Tone's uncle Vern introduced him to rap when he was young, and it was at Culver City High School that Tone wrote his song "B-Double-O-T-Y" in 2004, with the help of his dad and uncle. His dad believed the song was an electrifying, energetic hit, so much so that Tone never wrote another song. 1

Tone Tha Chiefrocca's audition in Episode 801 consisted of performing his self-made song "BOOTY," while his brother danced along. Howard Stern, Heidi Klum, Mel B, and Howie Mandel all voted "Yes," sending Tone to the Vegas Round. After the audition, Nick Cannon joined the brothers on stage and danced to "BOOTY" with them. 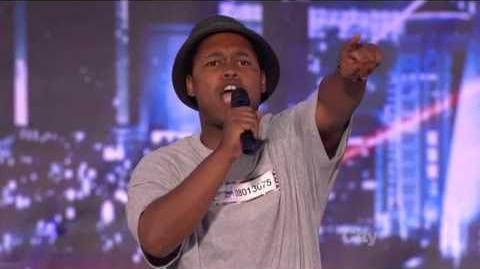 Tone Tha Chiefrocca was one of thirty acts to advance straight to the Quarterfinals in New York without performing in Las Vegas in Episode 808.

Tone Tha Chiefrocca's Week 2 Quarterfinals performance in Episode 812 consisted of rapping "BOOTY" again with his hype man ColyCole, this time with backup dancers, more lights, and more background music. In the Judges' Choice, although Heidi Klum and Howie Mandel voted for him, Howard Stern and Mel B did not, forcing a tiebreaker; whichever act received more votes from America would progress. Tone received fewer votes than Angela Hoover, eliminating him from the competition, until judge Mel B used her wildcard to give them another chance. 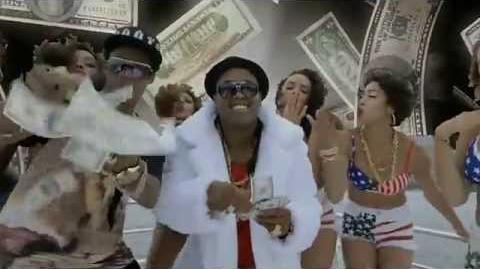 In Episode 819, Mel B announced that she selected Tone Tha Chiefrocca as her Wild Card pick for the Semifinals, so Tone returned to the competition.

Tone Tha Chiefrocca's Week 1 Semifinals performance in Episode 820 consisted of rapping "BOOTY" again with his hype man ColyCole, this time starting the performance with a choir singing and adding background music. Howard Stern buzzed the act. Tone did not receive enough votes to be sent to the Finals in Episode 821, eliminating him from the competition along with Red Panda, instead of Innovative Force. 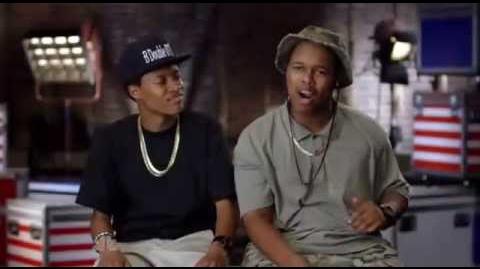 Retrieved from "https://agt.fandom.com/wiki/Tone_the_Chiefrocca?oldid=174074"
Community content is available under CC-BY-SA unless otherwise noted.