Judge Cuts
Trizzie D was a watermelon head smasher act from Season 10 of America's Got Talent. He was eliminated before the Judge Cuts

Trizzie D's real name is Dirrick Fretz. He is a professional wrestler from Los Angeles, California.

Trizzie D's audition in Episode 1006 consisted of smashing 45 watermelons with his head in under 60 seconds, a world record feat. Howard Stern, Heidi Klum, Mel B, and Howie Mandel all voted "Yes," sending Trizzie D to the Judge Cuts round. 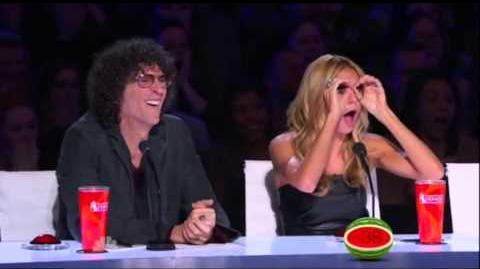 Trizzie D did not perform in the Judge Cuts round, meaning he either withdrew or was cut by the judges before this stage of the competition.