America's Got Talent Wiki
Register
Don't have an account?
Sign In
Advertisement
in: Acts, Accepted Acts, Season 3 Acts,
and 6 more

Tropidanza was a Samba and acrobatic group from Season 3 of America's Got Talent. It was eliminated in the Vegas Round.

Leila Flores, dancer, choreographer, and creator of Tropidanza, has assembled a diverse team of beautiful and talented dancers. She established Tropidanza in 1991 with the inspiration from cultures and dance styles that come from all over the world.

In 2010, Tropidanza traveled to Hong Kong with 40 performers to participate in the 2010 Chinese New Year Parade and celebration. In 2011, Tropidanza also orchestrated a kick off performance for Van Halen’s world tour with 20 Samba dancer and 10 percussionist drumming to “Jump”. In Prior years Tropidanza created and developed a group of 20-30 dancers dancing in unison being LA’s first large ensemble performing at numerous local Brazilian Carnival events in Hollywood and L.A. Tropidanza has provided Entertainment for many popular Brazilian venues such as Samba Restaurant, Ummba Bar and Grill and Rio Lounge and Grill for many years.

Tropidanza's audition in Episode 305 consisted of Samba dancing and acrobatic stunts such as backflips on the stage. David Hasselhoff and at least one other judge voted "Yes", sending the group to the Vegas Round.

Tropidanza was one of the acts that were eliminated without performing in the Vegas Round in Episode 308. 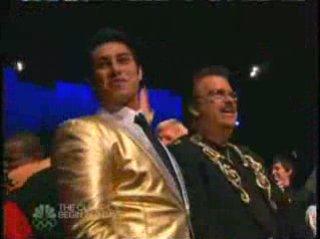