U4RIA Dance Crew was a dance crew act from Season 4 of America's Got Talent. It was eliminated in the Vegas Round, but it returned as one of eight Wild Cards in the Quarterfinals, where it was eliminated again.

In January of 2007, U4ria opened the doors to their first dance studio. Founder Adriana Castro then decided she wanted to start a crew with some of her friends and students. They started doing small shows in Coral Springs and later went on to do shows for BET, MTV, Univision, and much more. Some of their members have moved on to do New York or Los Angeles to dance or choreograph for famous music artists. The group that auditioned had only been together for a short period of time, but they instantly connected. U4ria's main goal is to be dynamic entertainers and to leave a mark in the dance industry. [1]

U4RIA Dance Crew's audition was never fully televised, but it consisted of dancing as a group to hip-hop movies. It is unknown whether or not the act was buzzed, but at least two judges voted "Yes," sending the group to the Vegas Round.

U4RIA Dance Crew was one of three dance groups selected in Episode 411 to participate in a challenge. Each group had 12 hours to rehearse a routine to the same music selection of the judges. U4RIA Dance Crew's performance in Episode 412 consisted of dancing to a group to Flo Rida's "Jump." The group's performance was not strong enough for the judges to send it to the Quarterfinals, eliminating it from the competition that same episode along with Destined 2 Be, instead of Breaksk8. 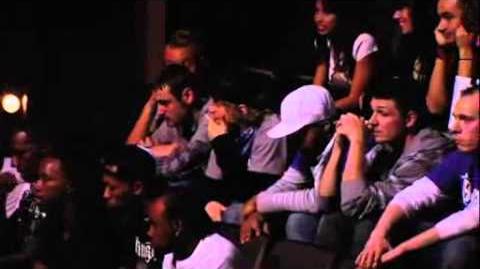 Breaksk8 On America's Got Talent-2
Audition

U4RIA Dance Crew was one of eight acts given a second chance in the competition after Simon Cowell expressed that he was unhappy with some of the eliminations the judges made. As a result, the group was sent to the Quarterfinals.

U4RIA Dance Crew's Quarterfinals performance in Episode 417 consisted of dancing as a group to hip-hop music and Rihanna's "Don't Stop the Music," all with a zombie theme. U4RIA did not receive enough votes to be sent to the Semifinals, eliminating it from the competition in Episode 418 along with G-Force, instead of Hairo Torres. 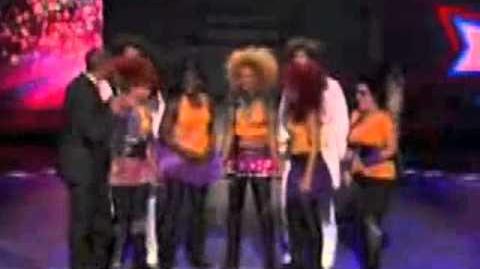 Retrieved from "https://agt.fandom.com/wiki/U4RIA_Dance_Crew?oldid=94681"
Community content is available under CC-BY-SA unless otherwise noted.