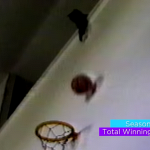 Top 5 favorite acts from each season

5: Eddie, I liked the noise of the saw

2: Taylor Ware, I saw this as a kid and that's when I loved this show to the fullest potential

1: Leonid the Magnificent, I love him. We found a legend here and a hot head

5: Christian Stoinev: Poor kid. Everything was going well until the vegas round his dog got bit. I love the audition in season 2 and then his dog just had to get hurt. Poor kid he lost his chances due to this.

4: Terry Fator: The man the myth the legend and the overrated. I love him, but he doesn't get number 1 due to his overrated factor.

3: Cas Haley: I was shocked how good his first performance. His voice just left me speechless. In my opinion he was deserving of a win. But I think Terry had a little more great stage presents

2: The Fault Line: All of them have a great sound combined. Their audition was underrated and I think needs more play.

1: Bruce Block: The guy that brought us Skippy the rabbit and the new and improved cup game "where's the rabbi" He was hilarious and deserves number 1. Also Piers was annoyed by this guy. I don't know piers he was great. Thank gosh he redeemed himself in season 3 though

2: The Lasalle Brothers: These two are great

1: Fast Wally: All around Just an amazing Juggler. I loved the jugglers this season

2: Fab Five: Best Tap dancers on agt without a doubt

5: Polina Volchek: The amount of dedication, really makes this act work to an amazing potential

4: Jia-Yi He / Harmonica Pierre: I love these guys both, and their harmonica's.

2: MURRAY: He made a train dissapear, A FUCKING TRAIN.

1: Gentlemen Of Nuco: Yes I know they only had like 45 seconds of screen time. I have to say the best screen time ever these guys where the best band on agt I have ever heard the sound was great. Once again the stupid judges put some idiotic air band instead of actual talent.

2: Pro Splash: I loved all the performances. Not much to say great talent I guess.

1: ELEW: I mean come on he was talented. Sucks how he withdrew, but he is pretty successful.

5: Granny G/ Big Barry: These two are great gems. I loved Big Barry's big personality and I saw Granny G's performance I was stunned holey cow that lady can move.

4: David Garibaldi and His CMYK's: Every performance was unique, I liked the ole' rock n roll music that would be playing during the performance. It really blended in great

3: The Scott Brothers: I don't even have to say anything. Great dancers

2: Tom Cotter: Hands down funniest comedian ever. He got robbed in my opinion. I liked those dogs to, but not as much as Tom. Tom had personality dam just dam. His jokes were funny, when I understood them.

1: Horse : How could I forget, a man who can stand up from a hurtful groin hit. I love this man so much, I would pay 100$ to see him live

5: Milton Patton, Are you kidding me judges! you pick Jimmy rose over Milton. I just lost my words. He was a great singer

4: Kristef Brothers, Omg I loved this duo, I was so happy. Untill... they got out fucking Jimmy rose

3: Catapult, Wow The first time I saw such a unique act. To bad they didn't make the top 6

2: Taylor Williamson, Another Personal favorite of mine, He was funny and had the charm to make me love this guy.

1: Kenichi Ebina, I loved this guy no one even came close to my favorite this season.

4: Ira Fennelbloom, Not a fan favorite choice, but there is something about Ira I loved. I mean he should be in the muppets. No seriously someone sign him he was great.

3: Piff The Magic Dragon, What more can I saw he was a magic dragon who did magic and comedy. When you combine magic and comedy it always goes well. I usually hate magic but Piff was great.

2: Siro A. This was close between them and Paul Zerdin. I remember watching the trailers of the show when I see these guys. My jaw dropped in excitement I couldn't believe it. Their performance was so great I just couldn't believe it every week. Unfortunately "the hero we all love", Drew Lynch robbed them of the top 3.

1: Paul Zerdin. No I am not biased I love him from the start. Sure, occasionally his comedy wasn't original, but when it was it was comedy gold. I was so happy he won instead of a average comedian Drew. Thanks to america for having some interests.

5: Marian Mulock, Well we didn't see much of her but her performance of creep sent chills down my spine and I give her major respect.

4: Julia Scotti, She was so likable. I thought she was robbed in the quarterfinals. She was also really funny.

3: Christopher, Mr Chris was robbed terribly I mean I agree Laurie had talent, but just put both through they are both equally great. Also I wanted him to do macho man by the village people. That would have been hilarious.

2: Charles & Rose, Absolute legends. I loved it I know they didn't have that much talent but they were so likable

1: Tape Face, Hilarious very creative. I would have loved to see him againest the comedy in season 10 though. Every performance was hilarious and comedy gold. Great work Tape Face

Honorable Mentions Herbie Russ: I have messaged him and he is a very nice gent I also like his style and I would have chosen him over Mike if he didn't propose that is.

5: Brandon Rodgers: Man it is a real shame he died he was a legend in my eyes.

3: The Singing Trump: This made me like Trump a tiny bit

2: Sirqus Alfon: I mean these guys just brought fun and creativity back to agt. I had some much laughter I just couldn't contain myself. But of course the stupid judges but through Merrick instead of these talented souls. God bless such a great Talent

1: Preacher Lawson: He was really really funny. I loved his jokes and how he made the statements. She was white or black by they way. I mean I died laughing at those parts.

4 Human Fountains: Most Improved Act. Every round had more emotion

3 Zurcaroh: These guys improved alot, I wanted these guys to beat Shin Lim so badly.

2 Mochi: A man and a yo-yo, with crazy technos in the background

1 Elijah Holt: I have ever seen a trampolinist so unique, I look up to this guy and his zebra.

2 Michael Paul He messed up, his first audition was spectacular though

Note* These can change over time

Retrieved from "https://agt.fandom.com/wiki/User:Meowkins63?oldid=165948"
Community content is available under CC-BY-SA unless otherwise noted.