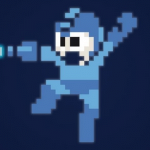 Hi, welcome to America's Got Talent Wiki! Thanks for your edit to the Season 9 Finals page.

I looked through the thread, and honestly, I think the best approach is just for you, Jay, and everybody else involved to just not engage. Although yes, these people's love for "Little Celine" borders on obsessive, it's ultimately harmless. They're not spamming the board (there are just two threads), and they are not clogging up the Semifinals main discussion thread.

I'm just advising you not to waste your energy on these people. You're not going to change their minds, and it's not worth your own time.

Come back for fantasy seasons!

It’s me, Pennies, and while you prob don’t know me and aren’t that active since agt is over, I just wanted to ask you something. Me, Jay, Danger, Foxy, Xboy, Usagi and others are doing someone called JayGT. For more info just check the forums. We want some more people to take part so we are messaging some users who deserve to be notified about this. We have been doin this for a while and hope you can join!

Hi mega; would you like to join our fantasy season of agt 12 for the lives? Our other judge was quit/fired.

Mega, would you like to be a main judge on our brand new fantasy season for season 11? We have one more spot open, if you would like it, come on chat.

Hey. Do you wanna be a main judge on our season 11 fantasy season.

So for this fantasy season, it's not all Voice contestants. Every coach gets to pick any singer they want to be on this but there are some singers that can't be on this because of a different fantasy season involving a different show but this doesn't matter right now as the season already started.

This season has 5 coaches instead of 4 to make it more interesting.

To be a coach you will have to coach by the singers voice, not by who the singer is or their song as it's called XVoice for a reason (Their voice).

You will also need to be active and go on this site alot and be on chat when every coach is on, we do this around 6-9pm pacific time, 9-12midnight eastern time.

If you decide to do this then we can talk more about this show, i might of forgot something so if i did their are other coaches that can let you know anything else. Let me know if you undestand the rules an still interested, thanks. Xboy971 (talk) 00:20, September 17, 2018 (UTC)

I am changing the news area to an RSS feed since it is easier since it will just update automatically with no editing to add or remove news from the section. I understand this is not the 'norm' for you all here, but it is much easier to do it this way.

I would have no problem with you changing it back, if you were to actually explain why you are not using an RSS feed for it. I left a message on the talk page on August 15 about using an RSS feed, however, no one responded to it. With no one against it, seems fine to use it.

I hope you understand, thank you.

Do you know who kicked me off AGT discord?

Retrieved from "https://agt.fandom.com/wiki/User_talk:MegaMan775?oldid=149823"
Community content is available under CC-BY-SA unless otherwise noted.