Judge Cuts
Vibez was a contortionist dancer act from Season 10 of America's Got Talent. He was eliminated in the Judge Cuts.

Vibez, who is from Brooklyn, New York, practices a style of dancing known as "flexing," also known  as "bonebreaking," a contortionist genre of dance. He has been a dancer on tour with Madonna. He is Caribbean and that his dance style has a reggae/ dancehall background.

Vibez's real name is Jahzrel Henderson. He has been dancing since around 2007. He is double-jointed, so he is a natural bone breaker. He dances everywhere, while waiting for the bus or the train. Even when he is not physically dancing, he dances mentally - picturing how he looks from all different angles when he performs. [1]

Vibez's audition in Episode 1003 consisted of dancing with his hat and bending his arms behind his head. Howie Mandel and at least two other judges voted "Yes," sending Vibez to the Judge Cuts round. 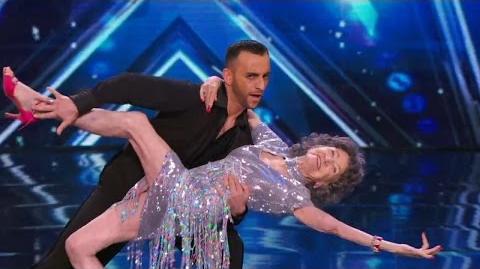 Vibez's Judge Cuts performance in Episode 1008 consisted of dancing with two hats and contorting his body to Flo Rida's "GDFR." His performance was not strong enough for the judges to send him to the Quarterfinals, eliminating him from the competition along with Elin and Noah, instead of 3 Shades of Blue. 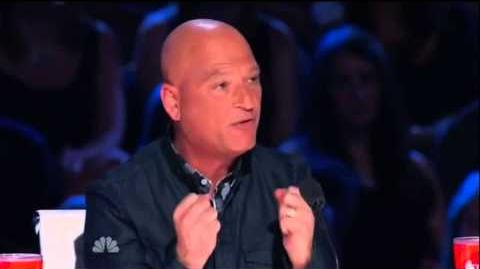