Quarterfinalist
Vita Radionova was a contortionist act from Season 10 of America's Got Talent. She was eliminated in the Quarterfinals.

Ukrainian contortionist Vita Radionova made her North American debut in the Seattle edition of Teatro ZinZanni. She graduated from the legendary Circus School of Kiev in 1999, and since then has performed her act at some of the finest venues in Europe, including the Apollo in Düsseldorf, PALAZZO in Munich and Frankfurt, and with Circus Salto Natale in Zurich. In 2003, Vita Radionova was a featured performer in the Tiger Lillies circus tour of Finland, France, England, Germany and Greece [1]

Vita Radionova's audition in Episode 1007 consisted of contorting her body so that her legs reached over her back in front of her head and performing successive front flips. Howard Stern, Howie Mandel ,Heidi Klum and Mel B voted "Yes," sending Vita to the Judge Cuts round. 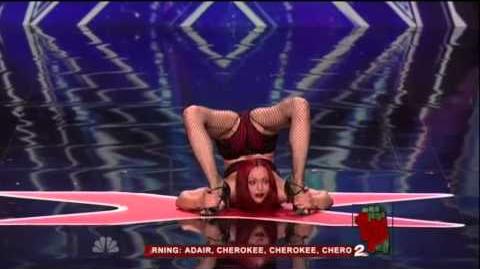 Vita Radionova's Judge Cuts performance in Episode 1010 consisted of contorting her body, balancing her body on her hands, performing the splits, and spinning her body with one hand on the ground, all to X Ambassadors' "Jungle." Vita's performance was strong enough for the judges to send her to the Quarterfinals instead of Dana Daniels and Oleksiy Mogylnyy. 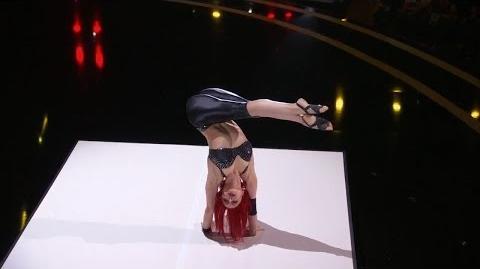 Vita Radionova's Week 1 Quarterfinals performance in Episode 1012 consisted of contorting her body, hand balancing, and performing multiple fast front flips, all to Nico Vega's "Bang Bang (My Baby Shot Me Down)." Vita did not receive enough votes to be sent to the Semifinals in Episode 1013, eliminating her from the competition instead of Benton Blount. 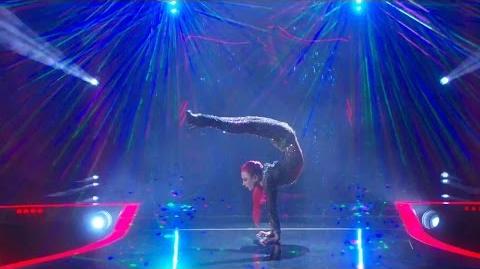 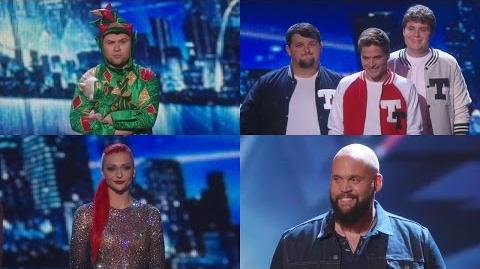