America's Got Talent Wiki
Register
Don't have an account?
Sign In
Advertisement
in: Acts, Accepted Acts, Vocal Groups,
and 13 more

Semifinalist
Voices of Hope Children's Choir was a choir act from Season 13 of America's Got Talent. They were eliminated in the Semifinals in the Judges' Choice.

Founded in 2015, Voices of Hope Children’s Choir is a non-profit program made up of over 70 talented children, ages 5-17, of all backgrounds and levels of experience. In an effort to make music available to all children despite social or economic barriers, this program is entirely tuition free. Singing inspirational music, the goal of the choir is to uplift the spirits of all who listen and to learn positive self esteem and teamwork along the way. We hope to change the world one song at a time. [1]

One of the kids in the choir is a patient of fellow Season 13 act Michael Ketterer.

Voices of Hope Children's Choir's audition in Episode 1304 consisted of singing "This is Me" from The Greatest Showman. Although Howie Mandel voted "No", Mel B, Heidi Klum, and Simon Cowell voted "Yes", sending the group to the Judge Cuts. 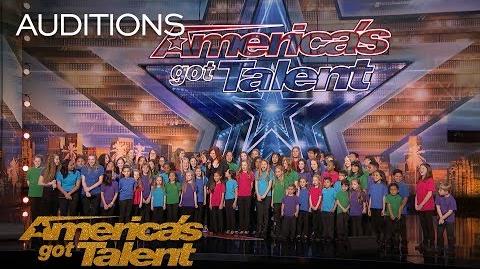 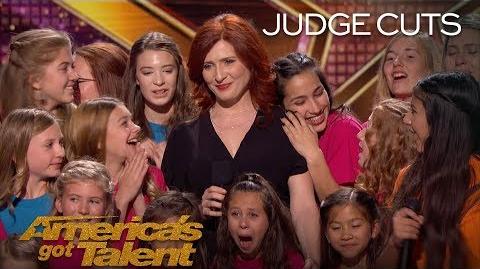 Voices of Hope Children's Choir's Week 2 Quarterfinals performance in Episode 1313 consisted of singing "A Million Dreams" from The Greatest Showman. Heidi Klum and Simon Cowell gave them standing ovations. They received enough votes to advance to the Semifinals in Episode 1314 instead of The Savitsky Cats. 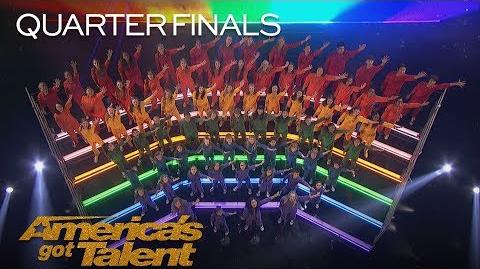 Voices of Hope Children's Choir's Week 1 Semifinals performance in Episode 1317 consisted of singing "Defying Gravity" from Wicked. Simon Cowell gave them a standing ovation. The group finished in fourth, fifth or sixth place in America's Vote. In the Dunkin' Save, they received fewer online votes than Samuel J. Comroe. In the Judges' Choice, Heidi Klum and Simon Cowell voted for them but Howie Mandel and Mel B did not, forcing a tiebreaker; whichever act had received more votes from America would progress. They received fewer votes than Duo Transcend, eliminating them from the competition in Episode 1318. 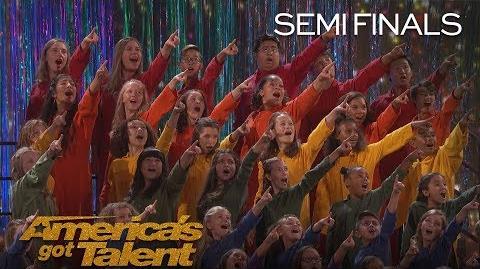 Voices of Hope returned as a guest for the finale of America's Got Talent: The Champions. They performed "All We Got" by Chance the Rapper with Britain's Got Talent winner Tokio Myers.