Judge Cuts
Wes Barker was a stunt magician act from Season 10 of America's Got Talent. He was eliminated in the Judge Cuts.

Wes Barker is a Stunt Magician. His show features amazing magic tricks, crazy stunts, crowd interaction, and comedy from start to finish. Barker performs his show across the country selling out theatres, filling college auditoriums, and entertaining corporate events. Wes has also performed all over the world, made appearances on The Comedy Network, and Penn & Teller: Fool Us (where he successfully fooled Penn & Teller) to name a few. [1]

Wes Barker's Judge Cuts performance in Episode 1009 consisted of attempting to escape from a straitjacket while a screen behind him, which showed a censored photo of Wes nude, showed a timer which, when run out, would slowly remove the censor bar on the nude on-screen Wes. Wes successfully escaped from the jacket with just a few seconds remaining. Wes' performance was not strong enough for the judges to send him to the Quarterfinals, eliminating him from the competition along with Chris Jones, instead of Uzeyer Novruzov. 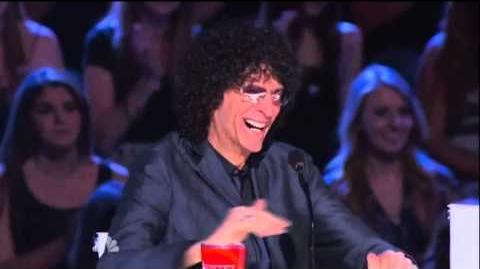