America's Got Talent Wiki
Register
Don't have an account?
Sign In
Advertisement
in: Acts, Instrumentalists, Male Singers,
and 5 more

Unknown
Will Jay was a singer/pianist act from Season 11 of America's Got Talent. He was eliminated in the audition round

Will Jay is a pop singer/songwriter. He began playing piano and performing at age 4. Will Jay's music is heavily influenced by The Beatles, Elton John and more recently, Jason Mraz, Bruno Mars, and Sam Smith.

In his own words, "I describe my music as a family tree. Going back two generations, I would consider my grandparents to be The Beatles, as they are my main inspiration for songwriting. My mom is Adele and my father is Elton John. I have many influences but if there’s one artist I want to sound like, it’s Elton. Jason Mraz is my uncle; my music definitely has a touch of his singer/songwriter sensibilities. I have two brothers: Bruno Mars and Sam Smith. I look to Bruno for his throwback vibe and catchy melodies, whereas I admire Sam for the honesty in his lyrics and the authenticity of his music." [1]

Will Jay's audition in Episode 1104 consisted of singing The Jackson 5's "Never Can Say Goodbye" while playing the piano. Simon Cowell buzzed the act. According to Will's YouTube page, he did not make it past the audition round. All four judges voted "No," eliminating Will from the competition. 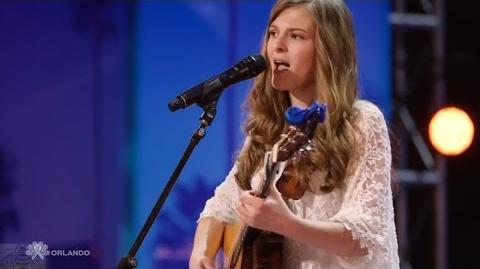