America's Got Talent Wiki
Register
Don't have an account?
Sign In
Advertisement
in: Acts, Accepted Acts, Quarterfinalists,
and 10 more

The Yellow Designs Stunt Team is a group of bicycle stunt riders that performs live thrill shows across the USA. With the rise in popularity of extreme sports, the Yellow Designs has made a commitment to teach the next generation of BMX enthusiasts with their after school "Bike Skills" camps at Denver Public Schools. Kids are able to learn the basics of trick-riding, safety, "rules of the road" and bike maintenance, directly from the Yellow Designs pros.

There are twelve people on the Yellow Designs team with James McGraw, AJ Anaya, Jon Chin and company owner Brian Gavagan performing for this season of America's Got Talent. Choreographing four riders moving fast and sometimes only on one wheel, their performance combines both flat ground balance moves and ramp aerial moves on a 40' x 30' stage. The Yellow Designs Stunt Team has performed at hundreds of festivals, schools, corporate shows and professional sporting events. 1 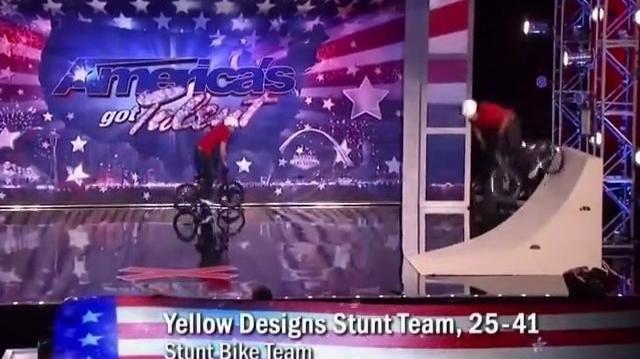 Yellow Designs Stunt Team was one of the Judges' Favorites in the Vegas Round. It was sorted into the "Danger Acts" category. Its performance in Episode 611 consisted of performing flips and tricks on bicycles using two ramps, one in two halves. Its audition was strong enough for the judges to send it to the Quarterfinals along with Charles Peachock and Frank Miles.

The Yellow Designs Stunt Team's Quarterfinals performance in Episode 619 consisted of performing flips and tricks on bicycles using multiple ramps with an Alice in Wonderland theme to "Tea Party." The team did not receive enough votes to finish in at least fifth place in America's Vote, eliminating them from the competition in Episode 620 instead of Zuma Zuma. 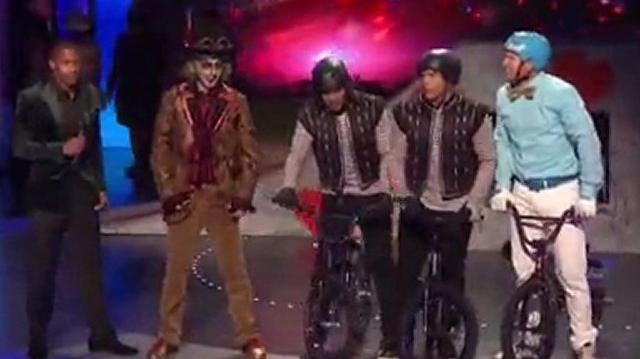 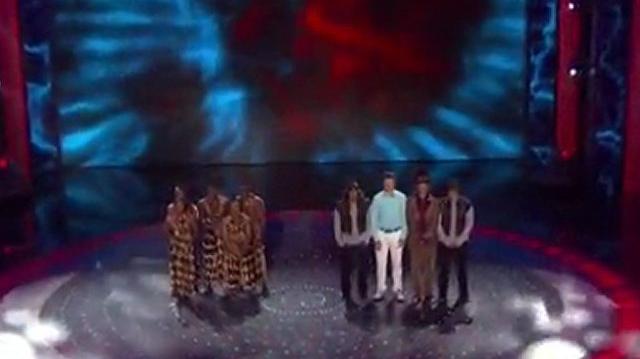 The Yellow Designs Stunt Team was brought back by Sharon Osbourne for the Wild Card Show. Its performance in Episode 623 consisted of performing flips and tricks on bicycles using multiple ramps with a pirate theme to "Beautiful Dirty Rich." The act did not receive enough votes to finish in at least fifth place in America's Vote, eliminating it from the competition in Episode 624 along with Shevonne, instead of West Springfield Dance Team. 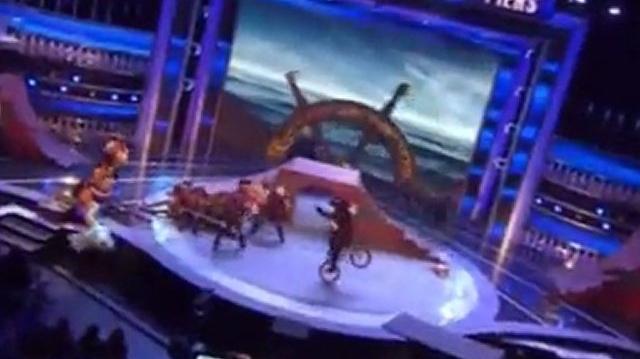 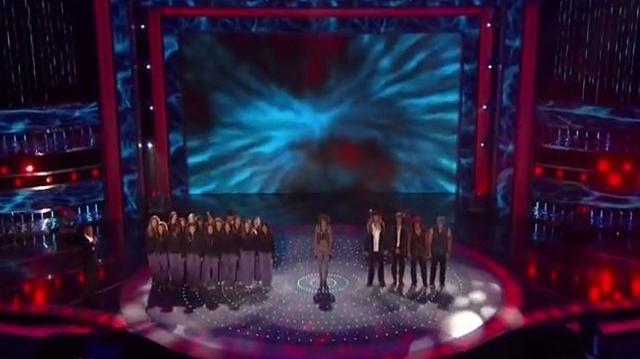