Auditions
Zoltan Kaszas was a comedian from Season 13 of America's Got Talent. He was eliminated in the audition round.

Nineteen years later in San Diego, California he added “Comedian” to his name by stepping on stage and cracking wise.

Zoltan Kaszas' audition in Episode 1303 consisted of performing a stand-up routine that involved remarking that he's a "cat person". When the audience didn't respond, he asked "You guys dog people? That what it is?" Heidi Klum commented that she had a really hard time staying awake through the routine. She and at least one other judge likely voted "No", eliminating Zoltan from the competition. 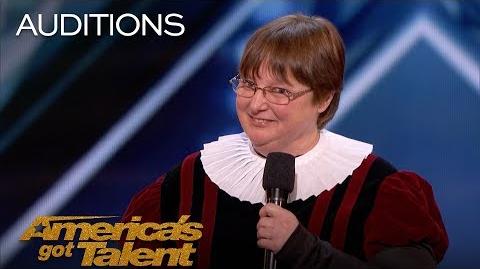